Snom, a German pioneer and leading manufacturer of professional and enterprise IP phones, announces the rollout of its firmware version 10. After one year of intense development, this major update comes with massive performance improvements, and a completely new, customisable user interface, along with impressive and innovative features.

Berlin – Snom’s latest firmware update to version 10 offers a wide range of improvements: Ad-hoc Conference calls, which can be set up with fewer steps than ever; a Quick Redial function initiated with a simple two-button press; and the Silent Mode, which mutes the ringtone but indicates the call on the display of the Snom phone; the Quick Lookup, which provides contact suggestions after entering the first three characters of a number or name; and Smart Labels, which displays button functionality in better detail when needed or activated via proximity sensor (D735 only). Version 10 also offers the Smart Transfer feature, which makes transferring/redirecting calls (for example to a mobile number) much easier.

With the version 10, Snom phones across the entire range greet their users with a completely new user interface. The new UI boasts a modern look, including numerous Smart Labels and icons. The usage of the interface is now far more self-explanatory. This intuitive UI also reduces end user’s need for external support. The design is clean and intuitive, and is extremely adjustable, too. The Graphical User Interface (GUI) can be customised with a background image, allowing transparency options and colour schemes to blend in with the brand identity of the company. This means all Snom phones can be seamlessly integrated into any kind of business environment, e.g. a hotel, an airport terminal, a hospital or an office.

With version 10, searching for a specific contact from a large telephone book/call list is now simpler and faster. Just as the way in which most users are familiar with online search forms, as soon as they enter the first three characters of a number or name, the phone will scan all available directories and suggest the results to the user, listed by the likelihood of the match. Finding the right contact has never been as fast and comfortable. 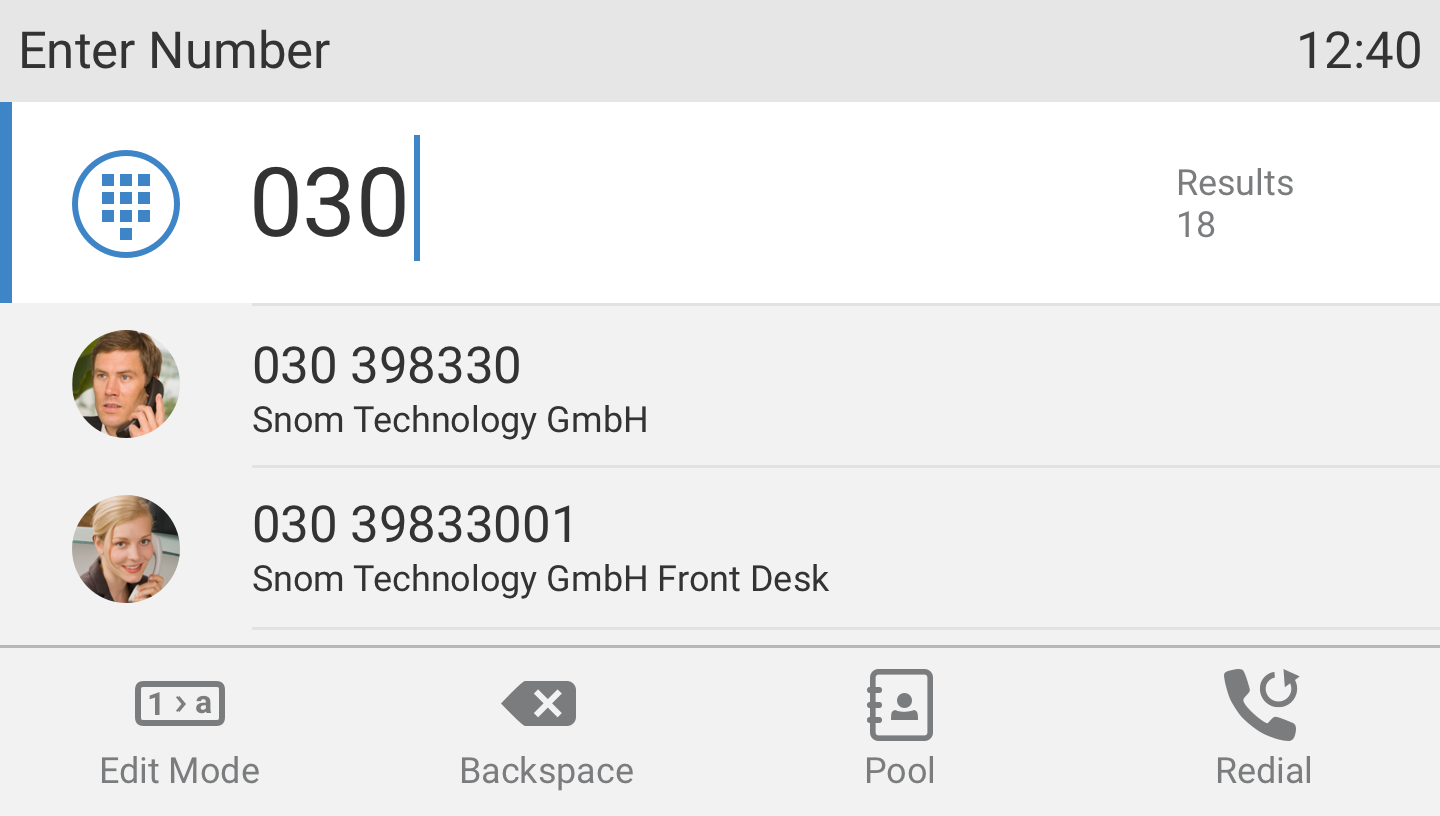 Snom users are already accustomed with customisable function keys around the phones’ display. Now, the functionality of these buttons is presented to the user in a much clearer and more concise way. With SmartLabels, the buttons’ functions can be displayed either by filling the display, or in a short mode with an icon at the edge of the display, whilst also able to be completely deactivated, too. In case of Snom phones that include a proximity sensor, such as the D735, the status of the labels can be activated when users move their hand close to the phone.

Adapting to the environment

As mentioned above, Snom D735’ light sensor already detects movement to activate various features. With the firmware version 10, the D735 also gains “ambient light sensing” capabilities. This means the phone will adjust the brightness of the display according to the current ambient light. In a sunny, bright environment, the brightness of the display increases automatically for improved readability. In dark environments, the phone dims the display’s backlight, consuming less power. Especially in larger installations with Snom D735, the energy savings could really add up and enable the business to reduce their impact on the environment.

In a chaotic business environment, even hearing the ringtone of one’s phone could be a potentially nerve-racking distraction to a meeting or similar situation. Snom phones already support DND (Do not Disturb) mode, in which the calls can be automatically redirected to selected contacts. However, when a user does not want to set DND mode but only wants to mute the ringtone, with firmware version 10 this can be done with the easily accessible Silent Mode button. In this mode, incoming calls are displayed on the phone’s LCD display and users can decide whether to accept the call.

The Snom firmware version 10 also includes complete integration of the new Snom A210 WLAN Stick. This handy adapter is connected to the USB port of the Snom phone and configured via the phone’s interface. This enables the use of the phones without an Ethernet port, using all the VoIP functionality by connecting to the WLAN instead. This brings a completely new level of versatility and flexibility with regards to where the phones can be placed.

Users of a Snom phone can download the new firmware version 10 now for free!

A leading global premium brand for innovative professional and enterprise VoIP phones, Snom is headquartered in Berlin, Germany. Founded in 1997, Snom is a pioneer in the VoIP industry, launching the world’s first IP phone in 2001. Today, Snom’s product portfolio meets the full spectrum of business communications requirements of call centres, conference rooms and executive management through to safety-conscious industrial environments.

A subsidiary of VTech Holdings Limited since 2016, Snom has offices in Italy, the UK, France, Spain and Taiwan, and enjoys an excellent global reputation in the Voice-over-IP market. Snom’s products are renowned for their technical innovation, aesthetic design, user-friendliness and outstanding audio quality. The current product portfolio is universally compatible with all leading PBX platforms and Snom products have won numerous awards around the world from independent experts.

Engineered in Germany, Snom’s IP solutions also make an excellent choice for vertical markets, such as healthcare and education, when searching for specialized solutions in business communications, IoT and smart technologies.

Visit www.snom.com to find out more about Snom Technology GmbH.

Visit http://www.vtech.com to find out more about VTech. 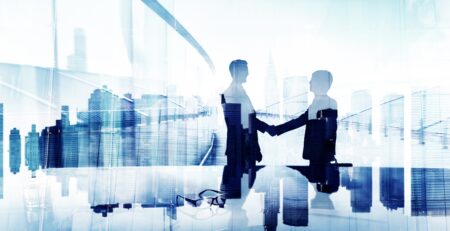 The two companies confirm the intention to leverage on common assets such as the strong European footprint, the wide market presence all over the continent, and the objective of addressing... read more 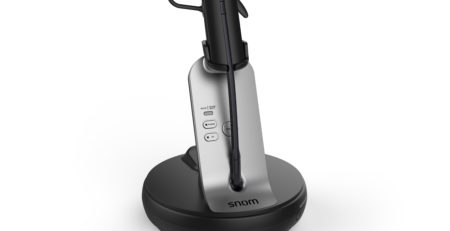 DECT is the best solution

For about a year, the Berlin VoIP pioneer, Snom, has been producing and selling wireless headsets and speakerphone modules for its conferencing solutions. These devices have one fundamental difference from... read more 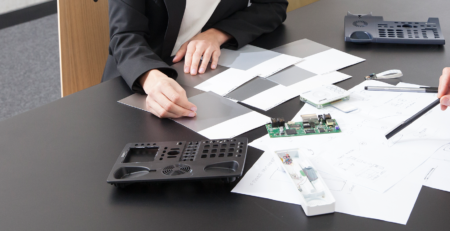 Snom, presents its new D3xx series flagship, the D385 desk phone: a product which meets all the requirements of a business IP phone combined with an elegant cutting design. read more